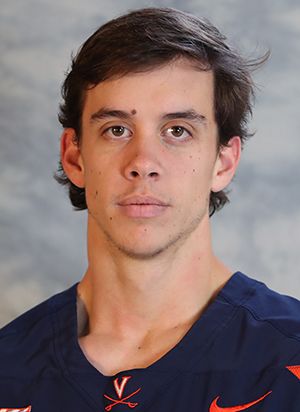 TIFFANY ON DICKSON
2022– “Flourishing in his fourth year in Charlottesville… Bringing an edginess and toughness that are making him much more difficult to contain… Slickest of the slick, the creativity he unleashes can be startling… Playing a bigger role each season, he is garnering more and more attention from both us and the opposition.” 2021 – “Has an extensive repertoire of tools in his offensive kit … and continues to add to it … slippery … difficult to anticipate his next move … creates scoring opportunities for both his teammates and himself.” 2020 – “Another weapon in our offensive arsenal, Xander’s ability to create opportunities from behind the goal was employed in most games during his first year.  With his advanced skill set of scoring, despite little to no angle and good vision, Xander is a tactician in our two-man game.  His transformation into a more durable, reliable member of our program has him poised to earn an ever-growing number of game-day minutes.” 2019 – “The traits that are difficult to coach are found in this first-year:  savvy lacrosse knowledge and maneuvers near the crease that generate quality possessions for our offense.”