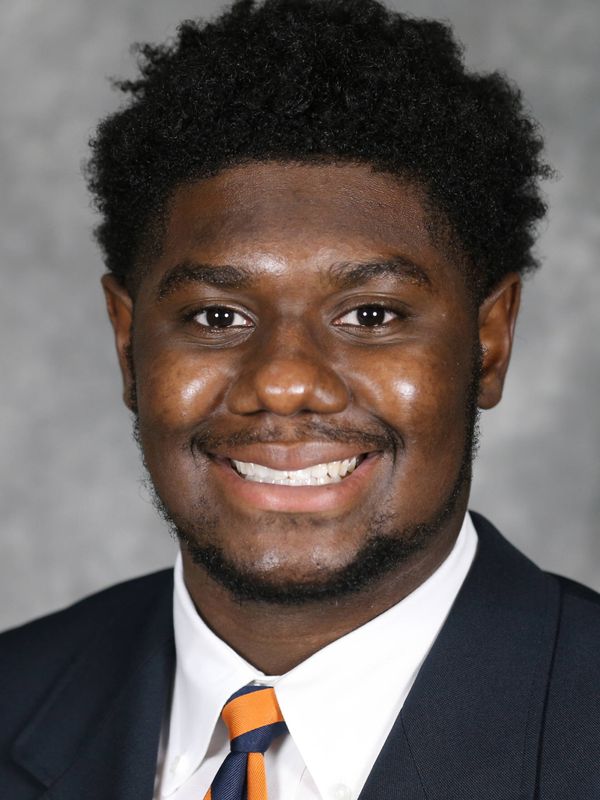 AT VIRGINIA
2020 – Appeared  in nine of UVA’s 10 games … one of 12 UVA true freshmen to appear in a game … made collegiate debut against Duke where he finished with two tackles, including his first career sack that he shared with OLB Noah Taylor … made one stop at No. 1 Clemson … made two tackles against NC State … made one stop at Wake Forest … recorded four tackles at No. 11 Miami … notched four stops at Virginia Tech … named to 2021 ACC Academic Honor Roll.

HIGH SHOOL AND PERSONAL
Played defensive tackle at Archbishop Spalding for head coach Kyle Schmitt … three-time first-team all-county honoree for Archbishop Spalding … two-time All-MIAA honoree … made 22 tackles and 4.0 sacks at nose tackle in 2019 … made 30 tackles as junior … won the 2019 Al Laramore Trophy as the No. 1 lineman in Anne Arundel County … a three-star recruit by ESPN.com Rivals.com and 247sports.com … major is Sociology … recipient of the 2021-2022 John Eric Dahlgren Endowed Football Scholarship.