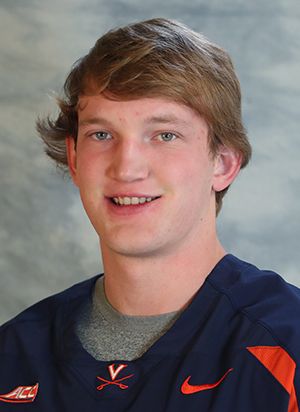 TIFFANY ON SAUSTAD
2021 – “Dramatically missed last year, and not just because of his cover skills … combines length with hoover-esque qualities on ground balls … strong foundation of knowledge of the defense, and is growing more comfortable directing others.” 2020 – “How does a first-year handle the pressure of competing in some of the most intense venues in college lacrosse while often being assigned the opposing team’s best attackman? The answer lies in both the poise and competitiveness of the man and also the high-level football experience Cade enjoyed while winning state titles at Highland Park.  Cade’s next step in his evolution includes playing a larger role in commanding the defense.” 2019 – “It did not take long for this first-year to make a strong, positive impression on the rest of us and to climb the depth chart to a place where playing time and even a starting position can be earned.”

HIGH SCHOOL
• Listed as the No. 18 recruit in the country by Inside Lacrosse
• Listed as the No. 4 defenseman in the country by Inside Lacrosse
• Under Armour All-American
• First Highland Park student-athlete to be named a three-time All-American
• Three-time all-state honoree
• Team captain and MVP
• Adrenalin All-American
• USA Today first-team All-USA
• Four-year starting defenseman
• Won the 2015 Texas state championship
• Won back-to-back state championships on the football team in 2016 and 2017
• First-team all-state in football
• Set a few receiving records including 221 yards in the Texas State Championship
• Owns school record for single-game receiving (268) and most career receptions, receiving yards and receiving touchdowns.
• Member of the National Honor Society
• Cornerstone Scholar Athlete
• Academic all-state
• Member of the Fellowship of Christian Athletes

PERSONAL
• 2020-21 Kass Family Endowed Scholarship for Men’s Lacrosse recipient
• Son of Megan and Don Saustad
• Has two brothers, Matthew and Campbell
• Grandfather, Jesse Longhofer, played football at Texas A&I-Kingsville and was a captain on a national championship team
• Uncle, David Longhofer, was a quarterback at Texas State and won a national championship
• Uncle, Matt Longhofer, played at Texas A&M from 1990-92
• Major is economics