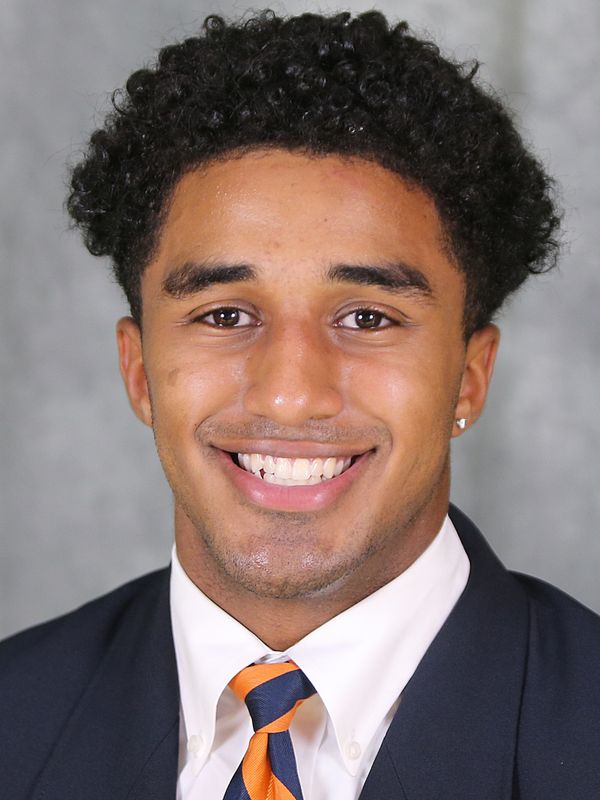 HIGH SCHOOL AND PERSONAL
Played running back, quarterback and safety at The Covenant School for head coach Seth Wilson … high school team did not compete in fall of 2020 … threw for 1,590 yards and 33 touchdowns and rushed for 1,116 yards and scored 24 touchdowns as a junior … only player in Central Virginia to both run and pass for 1,000 yards during 2019 season … accounted for three touchdowns as a defensive player … had four interceptions and 46 tackles in 2019 … helped Covenant to back-to-back 8-man state titles in the Virginia Independent Schools Football League as a sophomore and junior … accounted for eight scores in 2019 state title game … passed for 295 yards and ran for 217 yards in that game … all-conference and all-state on both sides of the ball in 2019 … led team to 10-0 records as a sophomore and junior … outstanding guard for Covenant basketball team … helped Covenant basketball team to its first semifinal appearance during 2020 VISAA Division III tournament … a three-star recruit by ESPN.com, Rivals.com and 247sports.com.