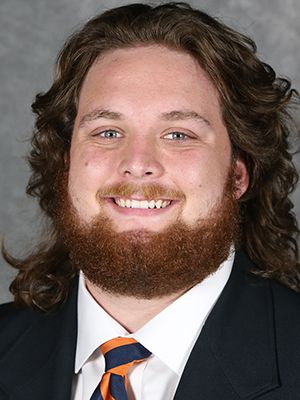 AT VIRGINIA
2021 – Appeared in one of UVA’s games… made collegiate debut in a win at Louisville… one of 14 true freshmen to appear in 2021.

HIGH SCHOOL AND PERSONAL
Played offensive guard at Brentwood Academy for head coach Cody White … selected to play in the Under Armour All-America Game … helped Brentwood Academy to the Division II AAA state titles in 2017 and 2018 … earned all-region honors in 2020 as Brentwood went 11-1 … also throws discus and shotput on the track & field team … father, Bryan, played offensive tackle at Vanderbilt … a four-star recruit by Rivals.com … a three-star recruit by ESPN.com and 247sports.com… recipient of the 2022-23 T. David Fitz-Gibbon Football Scholarship… major is undecided in UVA’s College of Arts and Sciences.