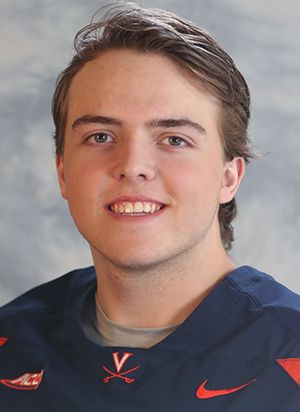 2020
• College Crosse (SB Nation) Freshman All-American (1st)
• Started all six of UVA’s games at midfield
• Scored 12 goals and dished seven assists
• Scored three goals in collegiate debut against Loyola
• Had a career day against High Point with four goals and five points
• No. 18 in the nation with a .500 shooting percentage

2019
• Missed entire season with an injury

HIGH SCHOOL
• Listed as the No. 26 recruit in the country by Inside Lacrosse
• Listed as the No. 6 attackman in the country by Inside Lacrosse
• Played lacrosse, football, basketball and hockey at Oakville
• Two-time captain and two-time team MVP
• Recorded on OFSAA appearance
• Five-time Provincial champion and five-time national champion
• Leading scorer in the national tournament
• Two-time Ontario lacrosse all-star
• Ontario Lacrosse MVP
• Oakville High School Athlete of the Year
• Was a captain for two years in football and basketball and once in hockey
• Helped hockey to an undefeated season and a Halton semifinal appearance
• Football was team MVP and helped lead Oakville to a Halton Championship
• Member of the Academic Honor Roll
• Volunteer work includes working hockey camps

PERSONAL
• Son of Karen and Chris Cormier
• Has an older brother, Christopher
• Major is inter-American studies